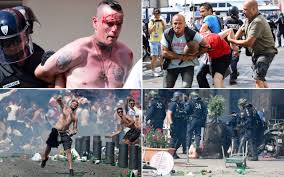 This is what happens when the Engish football team plays abroad, and these are the scenes repeated day on day in Marseille. There's got to be a time when we say, 'Enough' and that has to be soon, pehaps during this tournament.

Moving on for Bean 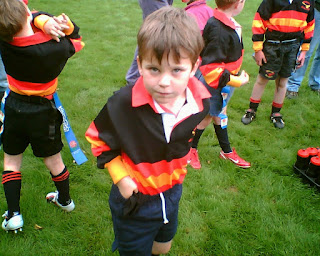 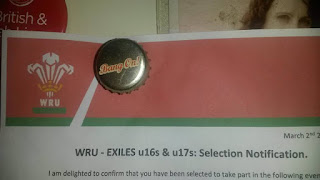 The inevitable passing of time

Although nearly forty eight age years old, I still have one living grandparent.

Yesterday was my grandma's ninety first birthday, so I skived off work and went to visit her. For the past few years she has been living in a home specialising in dementia care. She's content and safe there.

I knew the day would come, and yesterday was that day. At no point when I was there did she have a clue who I was. It was very saddening, but as I drove back with only my thoughts for company, I decided that I would always strive to remember the strong and vibrant woman she was for most of my life.

The one who made me drive up the mountain and load bags of wild pony manure for the garden, the one who filled the house with the aroma of freshly baked pasties, sausage rolls and sweet, unctuous rice pudding ( first dibs on the skin off the top), the one who rode her scooter at fifteen miles an hour, cursing the impatient motorists behind her, the one who walked for miles with her doting little terrier, the one who grew the most amazing vegetables, the one who kept a wild area in the corner of the garden, that grew as it liked,the one who was always quietly proud of her nursing career,  the one who took every opportunity to travel, often on a shoestring, the one who always forgave me everything,  the one who had such a mischievous humour, right up until a few weeks ago.

My blogging has gone down and down over the past two years and when I look at other blogs I always enjoyed, with a few exceptions, this is pretty much the case, with many not blogging at all in the past year.

Why is this? Who knows. Perhaps blogging was a fad, it was an easy way for everyone to express the writer within themselves and engage with an audience if they chose to. Fads are just that, fads.

I must get back to it, for aside from the simple enjoyment of writing for writings sake, my intention was always to provide myself with an online diary of my thoughts on my own life, and my reaction to events around me. Along with that, I met some interesting people in the virtual world, and it would be good to re-engage.

Little has been written of Josh in the past eighteen months, but much has happened, mostly inside his head. Life is sometimes not straightforward for many of us, certainly not for him. He's twelve now, and as well as his mind, he's at that age when his body is changing, with all the imbalances that can bring. He's in his second year of middle school, and school life is a world away from primary school. There's no one reason for this, but medication is obviously a massive part. Another huge contributing factor is a greater knowledge and understanding from the teaching staff, along with more empathy, and dare I say it, care. They key group have a willingness to embrace differences within children, and to try and focus on the positives, rather than primary school teachers who seemed to think that all of the children should be treated and act in identical an identical manner. When I look back, this part is particularly baffling. it's pretty clear that although he's bright, exams are going to be a real challenge in the future, but we'll gradually deal with that. He's in mainstream education, and enjoying it.

That's the upside. The downside is medication side effects, and that is what we have as a family, he's largely unmedicated at home. Huge mood swings, uncontrollable hysterics at times, so much so that we question the value of the medication with the effect it sometimes has on us as a family. That is one failing in the system, here's the medication, off you go. We've now insisted that he has one to one therapy, where he can talk though his feelings with someone he trust who isn't us, someone who can help him understand, and rational his own feelings and frustrations. The anxiety is  still there, he still sleeps in our room on a fairly frequent basis, but thankfully, the night terrors are now only very occasional. Appetite is also a problem, but we deal with that as best we can. He's still doing a lot of gymnastics and trampolining, and has started playing rugby again at school, if there wasn't sufficient fuel, it would be obvious. He can still be deeply thoughtful and is still tactile and affectionate. he has no problem holding my hand or embracing me in front of people, all of which would get a response of 'get off me you freak' from his brother. Being Josh's dad has been somewhat eventful, , but ultimately, I feel he'll be right. One of his teachers said to me a few weeks ago, " I'm not sure what Josh will do with his life, but it will be special, that's for sure"

Loves the fuckwit spaniel, & a mate for the ginger tosser, who is gradually taking to her. Fitted in just perfectly and the boys adore her. 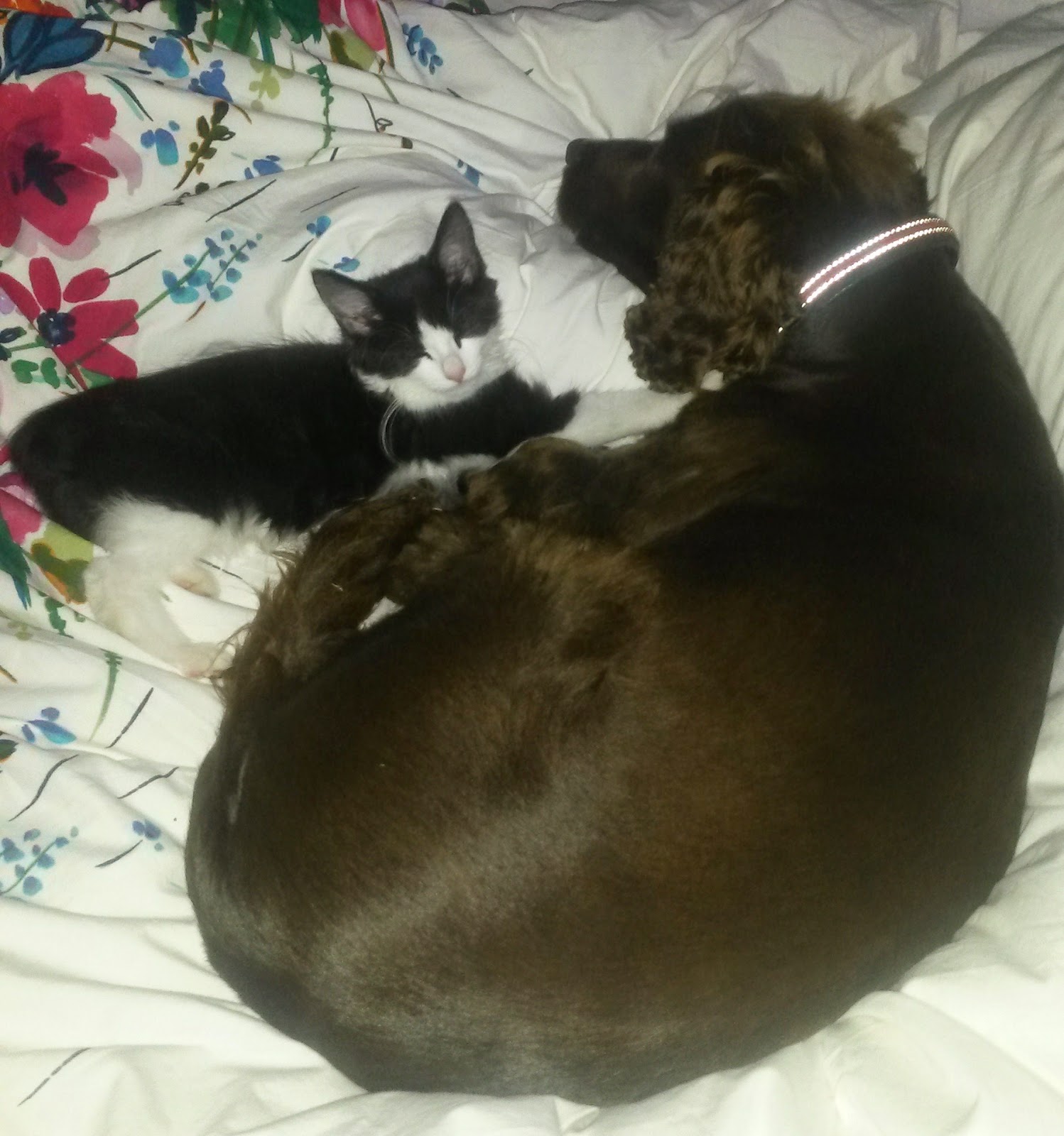 She's a rescue kitten, so it's nice that she's ended up with us.

Had a weekend in these pod thingies, and it being Wales, it pissed down in the night, so it was rather pleasant not to have to pack up a wet tent in the morning 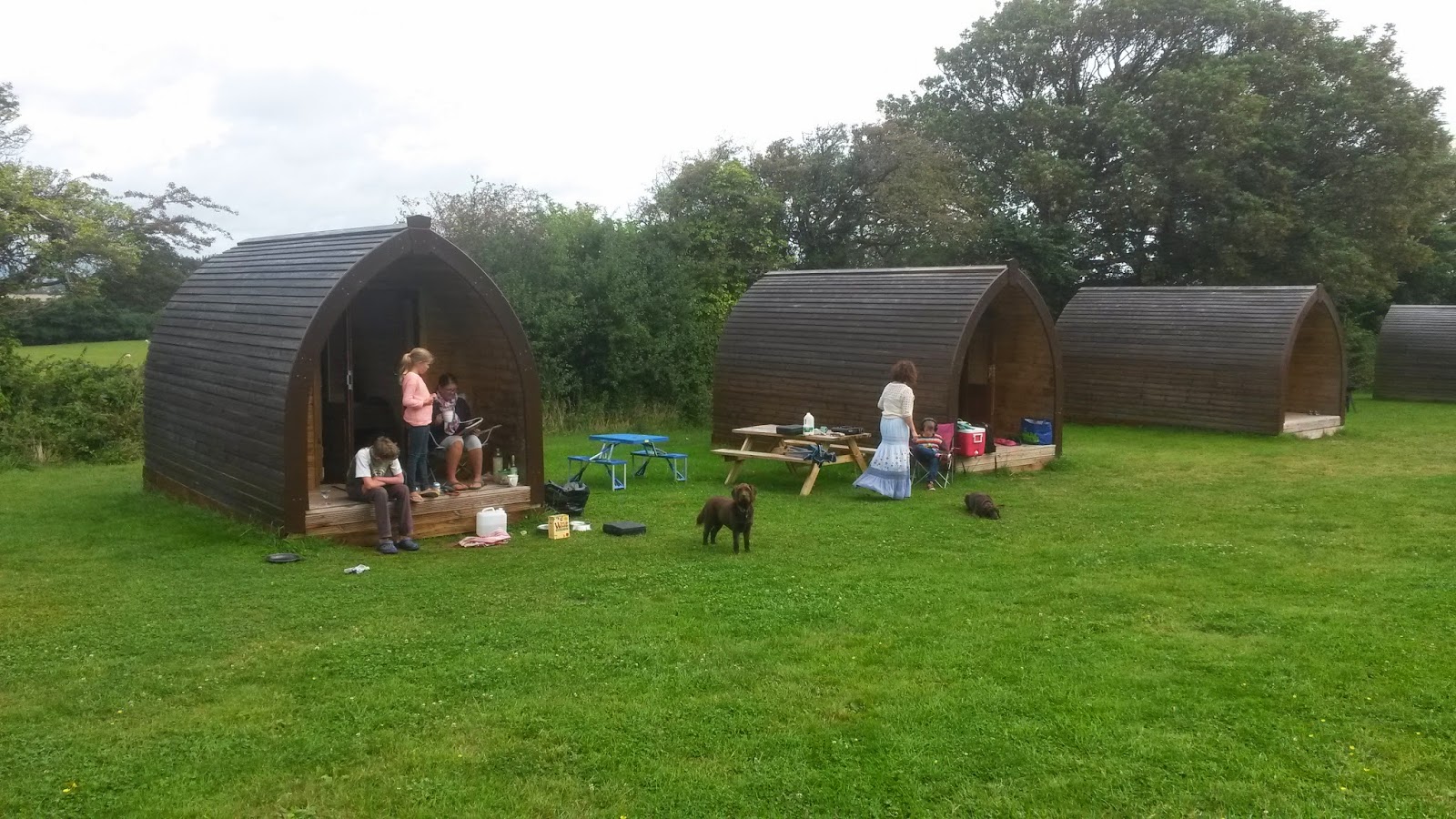 Had a bit of a chilly day on the beach, but we did get a few hours of sun which made it worthwhile 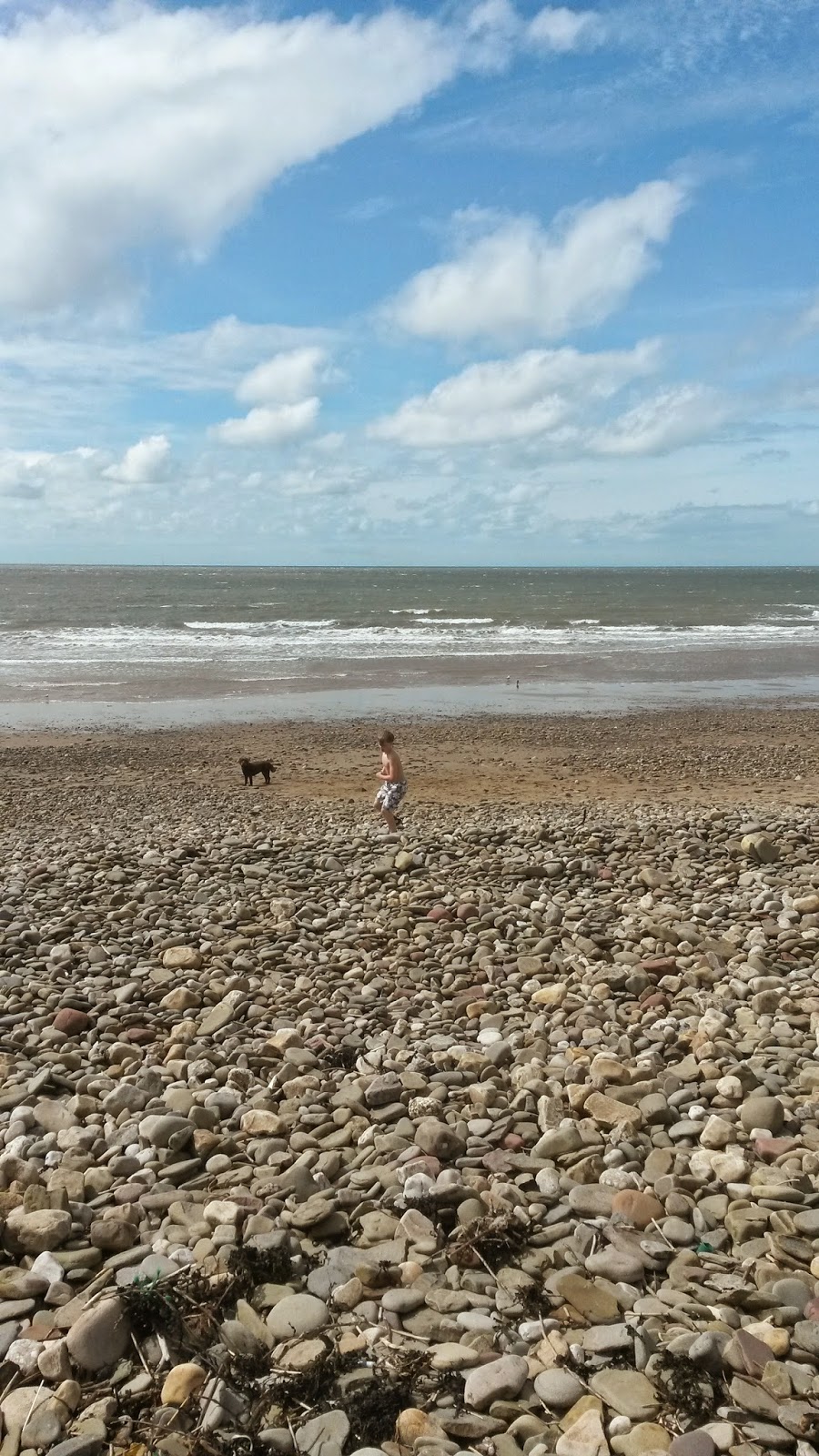 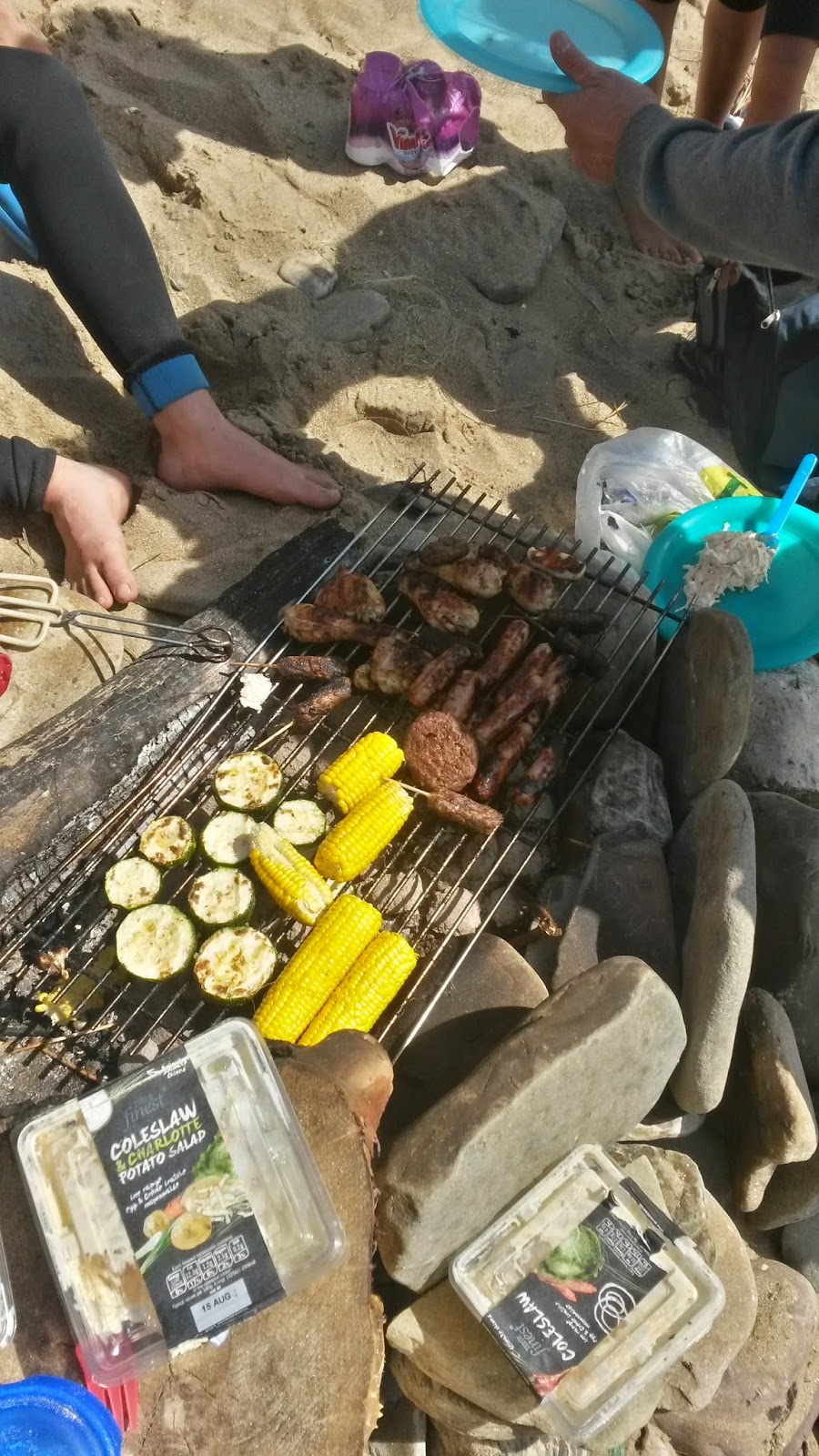 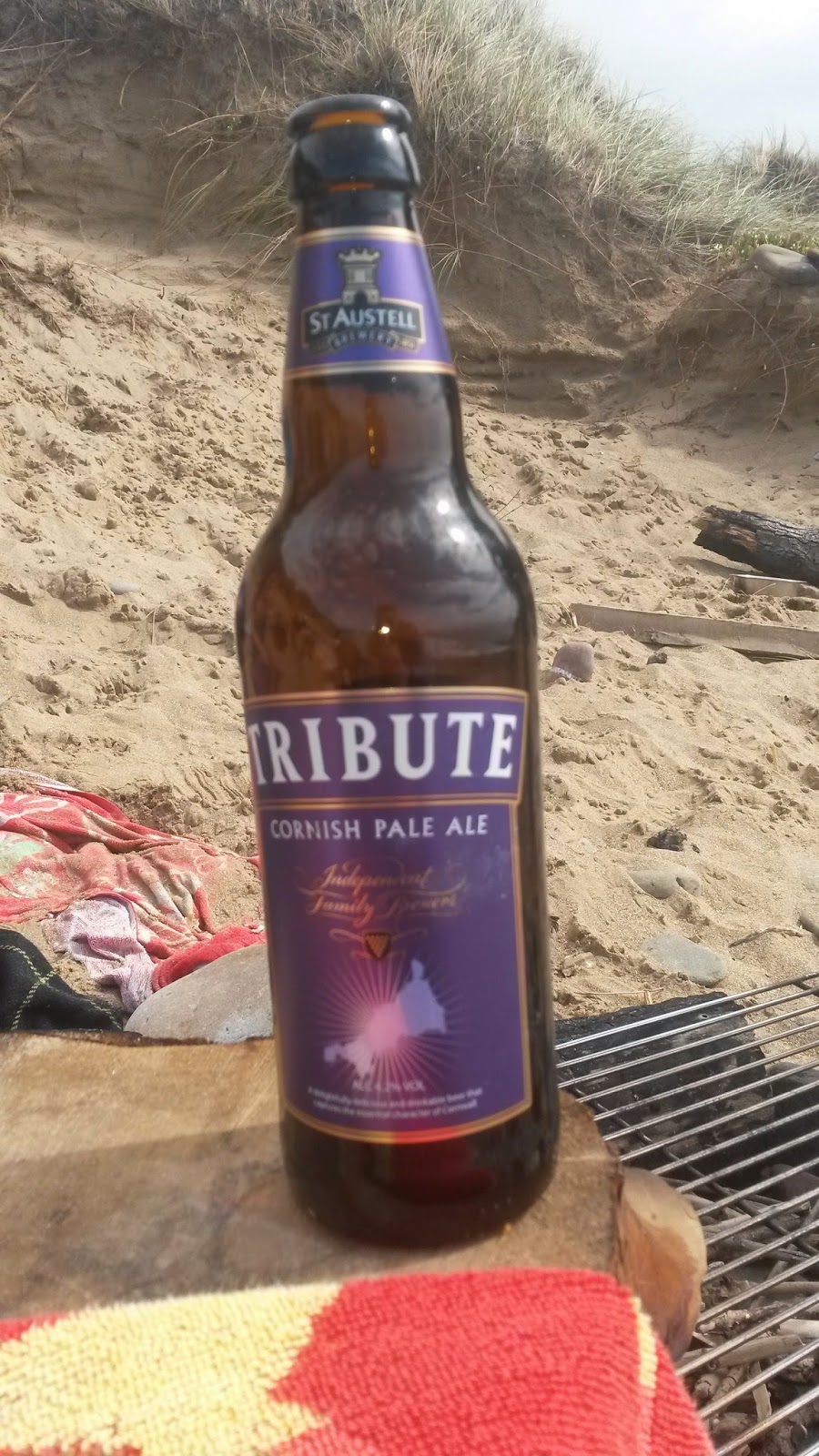 Headed off to Cardiff bay the following day and had a good mooch and lunch next to the water. A few of us ventured onto a R.I.B with 400 horses on the back for a blast across the bay. Scared the crap out of Josh, I've never seen him hold on as tightly to anything before, white knuckles indeed. 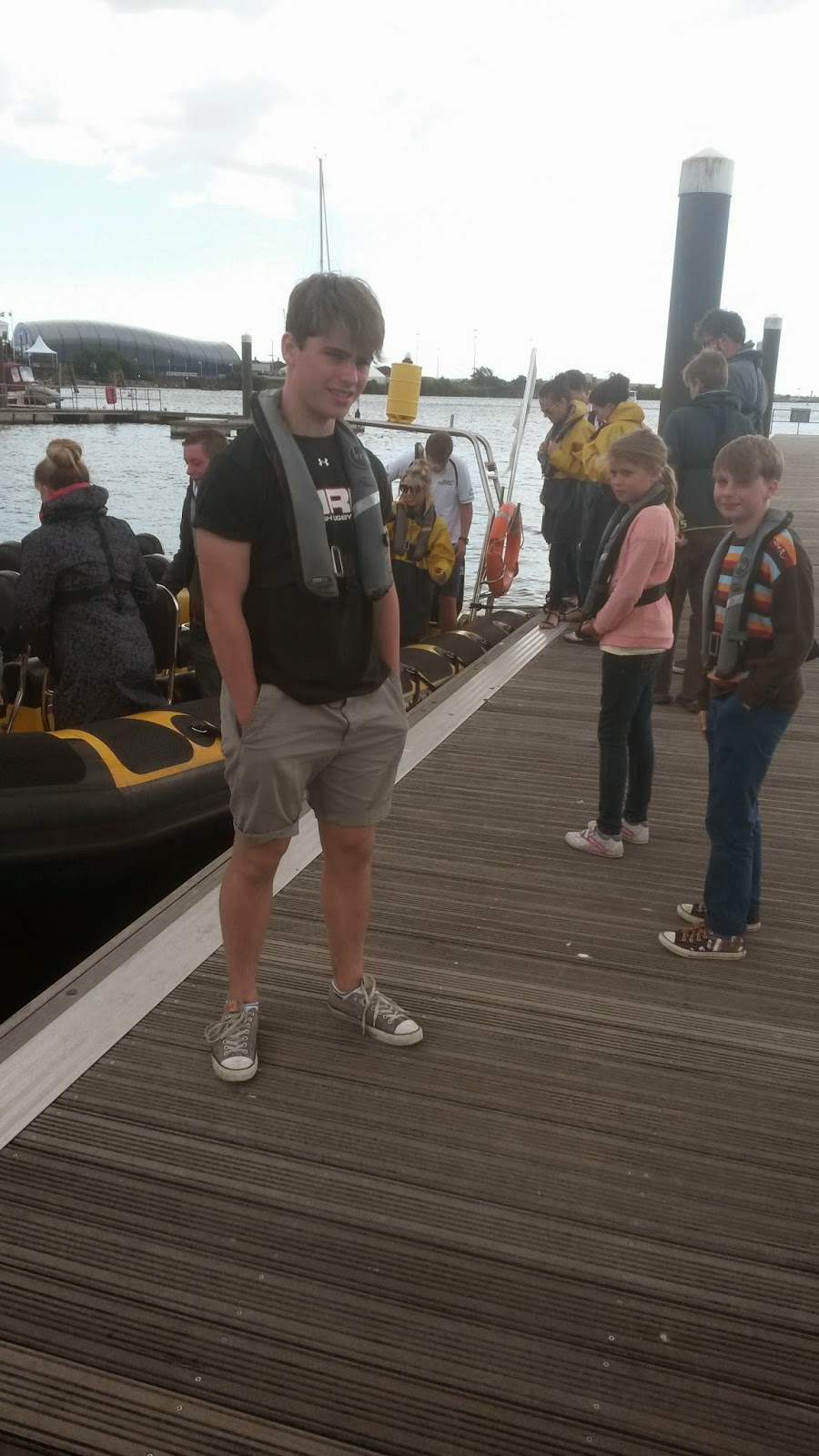 A cracking weekend was had by all. Good times.

Posted by Gumpher at Wednesday, August 20, 2014 No comments:

Gaza has no army, no air force, and no navy. It is under attack from Israel, the fourth largest military power on the planet.

Israel has declared that all people within a 3km strip of the border must leave their homes, effectively driving them into the sea.

David Cameron urged Israel to show restraint, and yet since that statement they have killed civilians indiscriminately, including in a school, and a packed market place. America has also admitted to supplying the Israeli's with arms deemed neccessary for urgent purposes.

The UK government has sent £10m relief aid. They'd be better off rebuilding Gaza's only power station, there is little or no electricity after the Israeli's bombed it. Another accident, no doubt.

We are shamed by the non actions of our politicians.

So far during this latest conflict, three Israeli civilians have been killed, three, and yet they are free to commit mass murder on a daily basis.
Posted by Gumpher at Thursday, July 31, 2014 No comments:
Older Posts Home
Subscribe to: Posts (Atom)